The rest of October

Let's not waste any time with long apologies or explanations----I'm swamped!

Without further ado, here's what we've been up to... 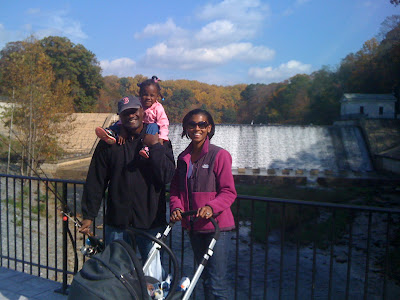 We went fishing at one of our favorite city parks, Robert E. Lee,  which was recently taken over by Baltimore County and got a $6.1 million makeover.  The park looks great.  Olivia has been asking to go back to fish since we left. 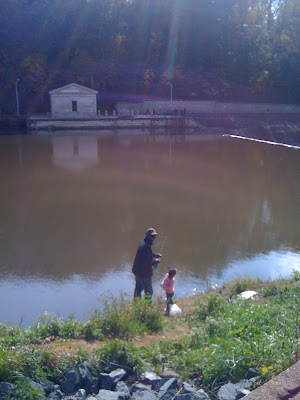 Charm City Daddy ran the Baltimore marathon, aka Under Armor Running Festival and we cheered him on at Mile Six with our noisemakers. 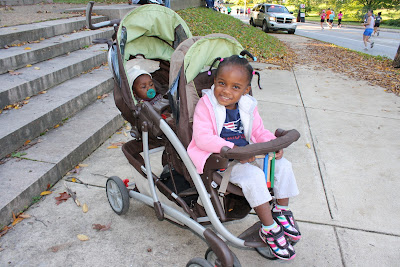 He did well with very little preparation. This was his 5th marathon, I think--and the second time he's done the Baltimore event. I remember the first time he did the Baltimore, because we were still dating. We partied and danced the whole night before and he got up the next morning and ran the thing in no time and met me for lunch. That's not normal. He never does extensive training or preparation and does well. It makes you sick. I'll never forget the first time he ran the Baltimore marathon because it was the day I had my weave removed after 2 years of investing time and money every 6 weeks. It was my farewell to my pageant image and transition to natural, professional me . My hair was sooo thin, and he made me feel good about it, because after all it was all mine! 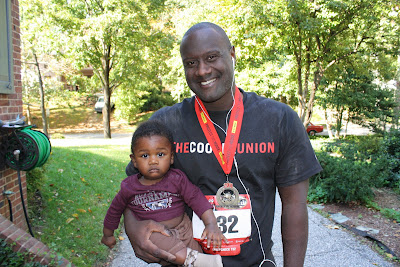 This time around---his cross at the finish was so symbolic for our family is so many ways. He was in tears--and I was in tears when he recounted the story to me in our kitchen--telling me how much pain he was in and all of the things going through his head about our lives, our beautiful children and all that God has given us.  What a difference 6 years makes...

My niece (my oldest brother's baby girl) made Olivia's day when she came over for a playdate on race day, too. 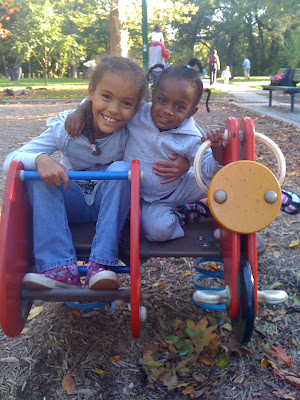 Then before we knew it, it was Halloween! 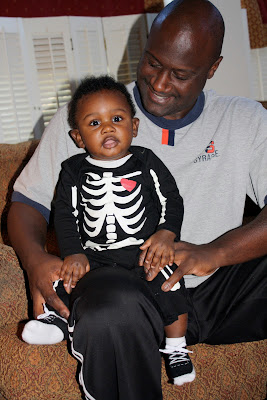 And I decided Lucas wasn't just any ordinary skeleton (that I got on sale and figured would be most comfortable for him and usable as pajamas aftward), he's a Karate Kid Cobra Kai! Love my 80's movies. 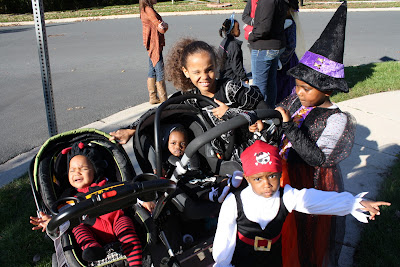 O was a pirate at home and then a ballerina fairy (Thanks Uncle Kevin!) for school since she was already a pirate at school this year for annual pirate day. 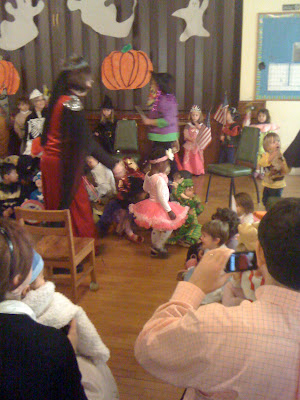 My sister and nieces came to visit. We made s'mores by the fireplace and carved pumpkins in the basement while it snowed outside. 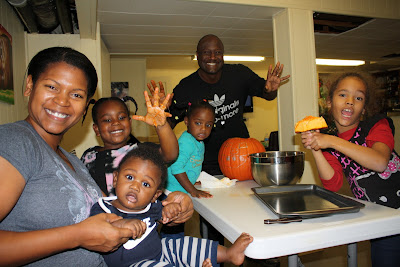 We all crashed the kiddie Halloween Parade in my parent's neighborhood--while they were out of town! My neighborhood has a parade--but we never go. Too stiff. And we gave them a chance with the 30-second Easter egg hunt, but HUGE disappointment. By disappointment I mean, we missed the event entirely because they didn't even hide the eggs! They just sat them down in a small roped off grassy area to keep the children from trampling over (or anywhere near) the precious tulip beds. Give me a break. LIVE a little.

Anyway--just look at this REAL family fun. No exorbitant property taxes required. Imagine that. (clearly it's time for us to move. I'm becoming a tad bitter). 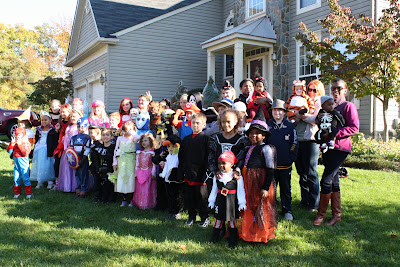 And that...for the most part...was October!
Posted by Charm City Mama at Saturday, November 19, 2011